Revolut, N26, Monzo, Starling, … the traditional financial institutions are feeling the heat from brand-new FinTech competitors. The technology-driven and 100 percent digital approach of these so-called neobanks has managed to entice quite a few clients, prompting doomsday headlines predicting the end of traditional banks. But is this really the end of the line for the established financial players? We don’t think so and we’ll explain why in this blog.

A fresh breeze through the banking world

The rise of FinTech shouldn’t come as a surprise. Financial crises and subsequent bailouts for major banks have shaken trust in the traditional banking system. So when a shiny new player comes along with innovative features and tools that are much more customer-centric, people gladly try them out. Internationally, companies such as Revolut and Starling have managed to create quite a buzz by turning the established way of banking upside down. UK’s Monzo bank succeeded in setting up the fastest crowdfunding of a new bank ever, with half a million customers signing up even before Monzo had obtained its license.

Closer to home, financial organizations such as Keytrade Bank and Hellobank are enchanting consumers with no transaction or management charges and an extensive online service package. As these neobanks – a term that rose to prominence in 2017 – are giving traditional institutions a run for their money, they are also described as challenger banks. There are quite a few more differences between the new and ‘old’ banks, which Chris Skinner – who’s been featured on our blog before about open banking – eloquently explains in this article.

Traditional banks aren’t out of the game just yet

At the start of this blog, we told you it wasn’t game over for traditional banks. However, as it stands things aren’t looking all too great for them. Yet, if there’s one glaring weakness in FinTech banks that the established ones don’t have, it’s their often fractured nature. Quite a few neobanks have a narrow focus on the services they provide. Revolut, for instance, offers a debit card, but only prepaid and only Mastercard or Visa. There are no savings accounts or extensive insurance services either. Moreover, the focus on digital means an in-person touch point with the bank is often missing, which is crucial in building and keeping customer trust and for properly answering the trickier questions. These are areas in which the traditional players still have the upper hand, ensuring they’re not out of the game yet.

You might think that if technology is the neobanks’ weapon of choice, traditional institutions are lagging behind in this respect. However, the reality is quite different and this is another reason why neobanks haven’t been able to claim victory. Many big and established financial players are also banking on innovation to get the lion’s share of the customer pie. By offering new services or optimizing internal processes, they can provide a better and quicker customer experience. For example, Banco Bilbao Vizcaya Argentaria (BBVA), one of the largest financial organizations in the world, was founded in 1857 and so it’s hardly new. Yet it’s one of the most digitally evolved banks in the world. In Belgium, Efma awarded KBC a silver plaque for ‘New Product Innovation’ in 2019.

… and there’s more to come

So banks do innovate, albeit at a slightly slower pace than their neo-counterparts. This can in part be attributed to their legacy systems, which have usually been around for a number of years. These are often cumbersome and don’t facilitate the use of innovative technologies because they are hard to integrate with or change. A gradual approach that banks on modularity can provide some solace. Instead of revamping entire processes, banks can just add smaller pieces of functionality through APIs. For instance, they can keep their current onboarding process, but add ID capture to automate data extraction from identification documents.

One major development that might alleviate the situation and propel banks towards even more innovation – at least in Europe – is Directive (EU) 2015/2366 issued by the European Commission. More commonly known as PSD2, the rules of this directive have been applicable since January 2018. One of its most radical changes is that banks are now obliged to open up their accounts to allow easier integration and increase their agility. It will make using APIs for modularity even easier. There are plenty of other things to say about the directive, which you can read in our blog about PSD2 the regulation of open banking. But the most important thing to take home is that it’s not game over for traditional banks just yet. Established organizations still hold the largest share of accounts and neobanks aren’t without their teething troubles, so there’s really no time like the present for banks to focus on innovation to avoid losing customers.

Innovation in banking? That’s exactly where Docbyte’s expertise lies. Our solutions can streamline processes in any organization confronted with regulations on a day-to-day basis. Let’s discuss your next step forward. Contact our experts now. 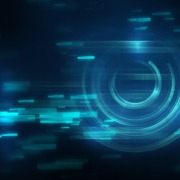 The moment Digital Onboarding moved from Salestech to Regtech

Artificial Intelligence, the key to happy customers in banking 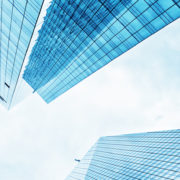 Docbyte is part of the biggest community of Fintechers in Belgium

Check out our latest article: Digital Signing: Some practical tips. https://t.co/NL2HtJ2dNk via @LinkedIn
h J R
Getting customers on board with AI

Teleworking in a regulated environment, is it possible?
Scroll to top